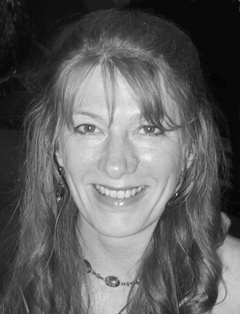 Janet Crouch Shulman is a nationally certified teacher of the Alexander Technique (M.AmSAT) with over 1600 hours of hands on training.

Currently on the faculty of California State University, Northridge (CSUN Department of Music) and The Master's University, Santa Clarita, Janet also has a private practice in Topanga, as well as giving workshops and classes throughout the Los Angeles area. With over 15 years teaching experience, Janet takes a particular interest in working with musicians (instrumentalists and singers), actors, dancers and athletes.

In addition to her regular University commitments, Janet has given regular Alexander Technique workshops and classes at the University of Southern California (USC School of Dramatic Art and the USC Thornton School of Music), the California Institute of The Arts (CalArts), OperaWorks, Antaeus Theater Company and Will Geer's 'Theatricum Botanicum'. She has helped people with problems as diverse as postural misalignment, Parkinson's disease, scoliosis, back and neck pain, excessive tension and performance anxiety.

Janet originally trained as a cellist, studying at the the Royal College and the Royal Academy of Music in London. As a professional musician she gave concerts and made recordings with the Royal Philharmonic Orchestra, the Philharmonia Orchestra, the Britten Sinfonia, the Hollywood Symphony Orchestra, the London Sinfonietta and the Academy of Ancient Music. She also performed with The Rambert Dance Company, The Royal Shakespeare Company, Kenneth Brannagh's 'Renaissance Theatre Company' and has recorded many television and film soundtracks both in London and Los Angeles. In the field of chamber music she has worked with many leading groups including the Endymion Ensemble, the Almeida Ensemble and as guest cellist with the Britten Quartet and the New Hollywood String Quartet.

Janet was assistant professor of cello at the Royal College of Music, London, from 1987-1999 and now has cello studios at The Master's University, Santa Clarita and her private home studio in Topanga, California.

Back to Home Page